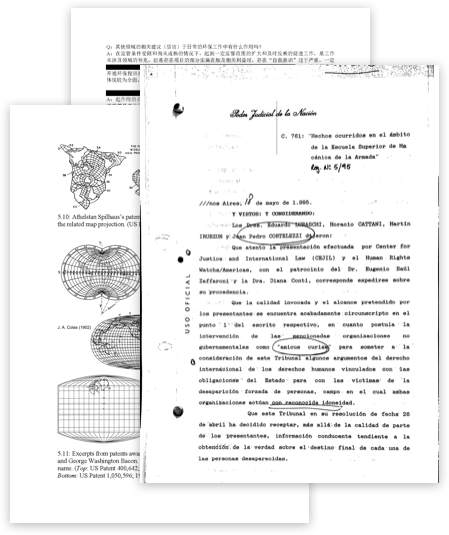 In this four-year project called Developing Preservice Elementary Teachers' Ability to Facilitate Goal-Oriented Discussions in Science and Mathematics via the Use of Simulated Classroom Interactions (GO Discuss), Educational Testing Service and Mursion developed, piloted, and validated a set of performance-based tasks delivered within a simulated classroom environment in order to improve preservice elementary teachers’ ability to orchestrate discussions. These tasks provided opportunities for preservice teachers in science and mathematics to facilitate discussions with five upper elementary student avatars (fifth grade) where the focus is on disciplinary ...
View Project

Data for: From Bombs to Books, and Back Again? Mapping Strategies of Right-Wing Revolutionary Resistance

This project outlines right-wing revolutionary resistance strategies post-1945: vanguardism; the cell system; leaderless resistance; and metapolitics. It argues that metapolitics became a preferred strategy for many right-wing revolutionaries during the 2000s and early 2010s, and proposes three factors that may help explain this metapolitical turn: limited opportunities for armed resistance; a subcultural style shift; and new opportunities for promoting alternative worldviews online. Finally, it theorizes about the types of threats that may emerge in the wake of this metapolitical turn, and speculates about the likelihood of a new and more violent turn in the near ...
View Project

Data for: Barriers to Hospice and Palliative Care Utilization Among Adolescent and Young Adult Cancer Patients Living in Poverty

Background: Adolescents and young adults (AYAs; aged 15-39 years) with cancer frequently receive intensive measures at the end of life (EoL), but the perspectives of AYAs and their family members on barriers to optimal EoL care are not well understood.
Methods: We conducted qualitative interviews with 28 bereaved caregivers of AYAs with cancer who died in 2013 through 2016 after receiving treatment at 1 of 3 sites (University of Alabama at Birmingham, University of Iowa, or University of California San Diego). Interviews focused on ways that EoL care could have better met the needs of the AYAs. Content analysis was performed to identify relevant ...
View Project

QDR offers a series of web pages addressing key topics in managing research data from data management planning to formatting and depositing data, all with a focus on the needs of qualitative researchers.

How do you deposit data with QDR? Learn about the steps of a data deposit, deposit fees and waivers, and typically turnaround times. 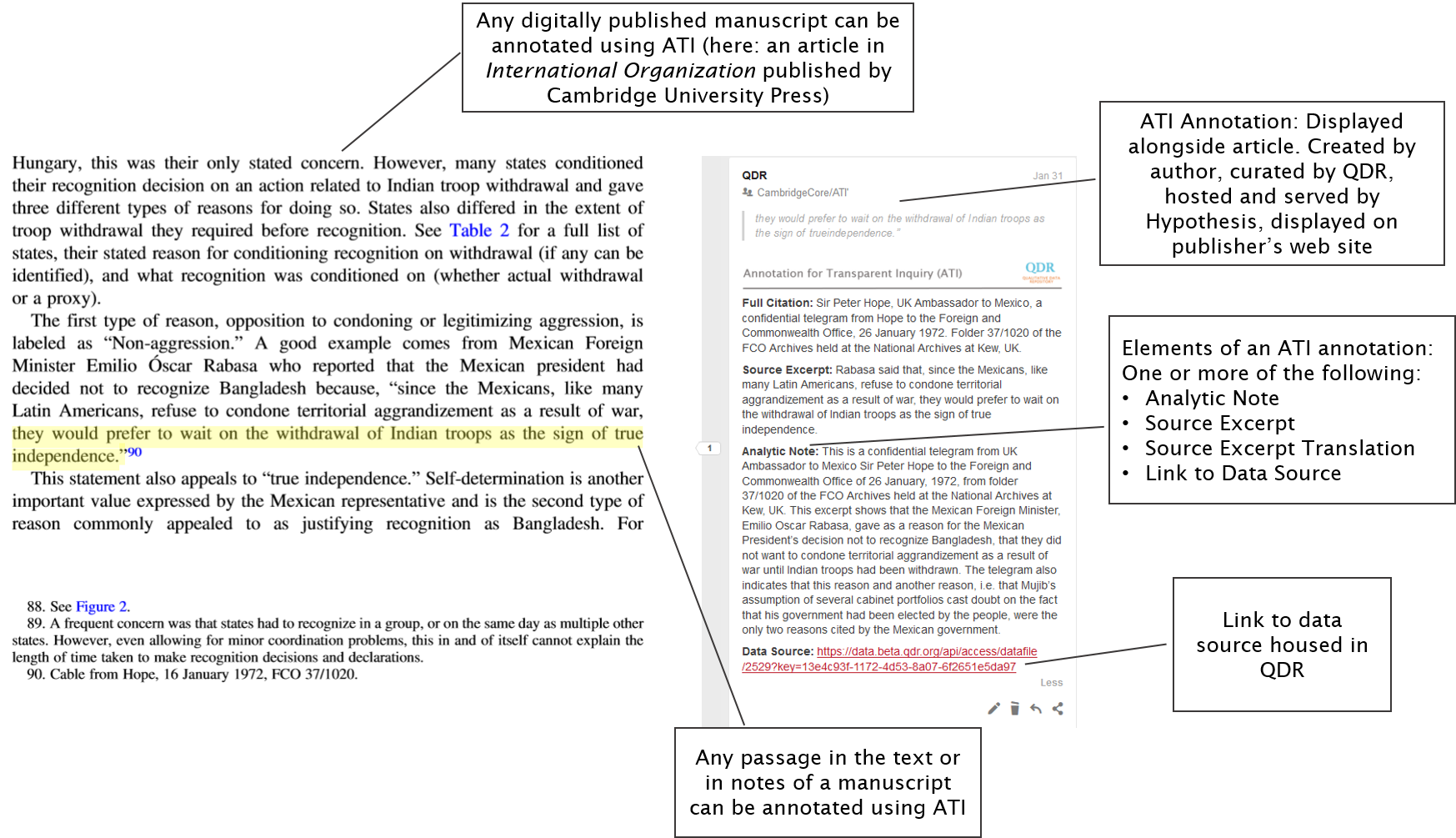 Annotation for Transparent Inquiry (ATI) facilitates transparency in qualitative research by allowing scholars to “annotate” specific passages in an article. Annotations amplify the text and, when possible, include a link to one or more data sources underlying a claim; data sources are housed in a repository.

Sharing data and its documentation for secondary analysis

Empowering qualitative and multi-method inquiry through guidance and consultation

Providing data  and materials to enrich and enliven teaching

Developing innovative approaches for enriching publications with data and analysis

Learn more about us ‣